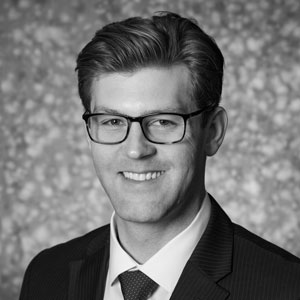 Matt Hansel’s calling to help individuals and small businesses navigate pivotal legal disputes brought him to Houston after graduating from American University Washington College of Law. He emphasizes personally handling all his clients’ matters at Hanszen Laporte, where he focuses his practice on civil litigation and transactional work in various fields.

During law school, Matt clerked at the United States Department of Commerce with the Office of the Chief Counsel for Trade Enforcement and Compliance. He also clerked at a boutique corporate and securities law firm. Matt competed as part of the Washington College of Law Alternative Dispute Resolution Honor Society, served on the executive board of the International Trade Law and Investment Society, and was recognized as the top negotiator in a multi-school international business negotiation simulation. He was also named best oralist in his legal writing and rhetoric section.